Most of us choose to start our morning out with a piping hot cup of coffee.

Straight from the Keurig, a grande no whip cappuccino from Starbucks, or any type of coffee in between, this beverage is a traditional morning routine in the United States.

In fact, it is one of the most popular beverages in the world next to tea.

Its popularity is thanks in part to its wonderful taste as well as its caffeine content.

Coffee is one of the most sought-after sources of caffeine.

It is what gives us the boost we need to start our morning out on the right foot.

However, some coffee drinkers may reach for that extra boost a little more frequently.

This can add up to a lot of caffeine.

High amounts of caffeinated beverages, such as coffee, energy drinks, sodas, and teas, can lead to unfavorable side effects.

But how much do you need to reach that tipping point?

Let’s see if you should be consuming less caffeine throughout the day.

How Much Coffee is Too Much?

To determine how much coffee is considered too much, we need to look at coffee’s caffeine content.

One 8-ounce cup of coffee contains about 95 milligrams of caffeine.

This is about two times that found in black teas, which is about 45 milligrams in one 8-ounce cup.

According to the Food and Drug Administration (FDA), about four cups of coffee per day is generally considered safe for healthy adults.

That is a maximum of 400 milligrams of caffeine per day.

However, some may be more sensitive to coffee’s caffeine content than others.

We may not even realize how much coffee or how much caffeine we are consuming in a day.

You can even find caffeine products marketed as dietary supplements, weight loss pills, or energy boosters such as energy shots.

These have been known to have upwards of 200 milligrams of caffeine per serving.

Now that sounds like too much of a good thing.

What exactly happens when you have that much caffeine?

Let’s take a more in-depth look at the symptoms you can experience from consuming a lot of coffee or other highly caffeinated beverages.

Side Effects of Too Much Coffee

The caffeine in coffee is considered a central nervous system (CNS) stimulant.

It is one of the most widely used psychoactive stimulants in the world (Evans et al., 2020).

Once consumed, coffee is absorbed through the bloodstream by the small intestines.

Its energy-boosting effects can be felt within about 15- minutes.

Many enjoy coffee not only for the great taste but because it helps you to become more alert, awake, and energized.

Because of the way caffeine affects people, coffee has been added as a common staple beverage in many American homes.

But is it worth the tout or is it partly a placebo effect?

When we feel this way, we are often more productive, resulting in a boost in mood.

The negative effects of caffeine can vary from person to person.

Some might experience symptoms from consuming only a moderate amount of caffeine, such as one cup of coffee per day.

Others may be able to consume up to four cups without experiencing any adverse effects, despite the high amount of caffeine.

This is because some people metabolize it differently.

The rate you break caffeine down depends on your genetic makeup.

The gene CYP1A2 is what is responsible for breaking down caffeine once it reaches your liver.

Those who break it down slower are more likely to experience adverse effects of high caffeine intake (Cornelis, Marilyn C, et al., 2006).

Those who suffer from liver disease may also experience slower metabolism of this compound.

It may be difficult to determine if the symptoms you are experiencing are related to caffeine consumption or from other medical conditions.

It’s important to talk with your health care provider if you are experiencing any changes in your health.

Now let’s take a look at some of the ugly side effects reported from high caffeine consumption.

Heavy coffee drinkers may experience nervousness as one of the side effects of coffee.

Caffeine stimulates your “fight or flight” response by releasing our stress hormone, adrenaline, from the brain.

This can result in an increased heart rate and anxiety symptoms.

These symptoms can raise blood pressure and increase breathing rate.

For those who have underlying anxiety disorders, caffeine’s effects may worsen your anxiety.

In these cases, it may be best to limit or steer clear.

Too much caffeine can be a pain in the head.

This rise is not enough to diagnose hypertension however, it can still cause concerning symptoms such as dependency.

When you aren’t consuming caffeine those blood vessels will enlarge and result in a withdrawal headache.

You can also get headaches if you aren’t consuming enough water with high caffeine consumption.

This is often a result of dehydration.

When you drink a cup of coffee, you expect increased energy levels.

When you drink too much, however, you might experience the opposite.

If you drink a high amount of caffeinated beverages daily and not a lot of water, your fatigue may be a result of dehydration.

This is because caffeine acts as a diuretic.

This means it pulls extra water out of our bodies.

You might have noticed drinking a lot of coffee or energy drinks make you urinate more frequently.

If you are not careful, chronic dehydration can lead to serious conditions such as frequent urinary tract infections and kidney failure.

A good rule of thumb is to consume 8 fluid ounces of water for every caffeinated beverage you consume.

You can also determine if you need more water by checking the color of your urine.

If it is dark, you need more water.

If it’s pale yellow, you are well hydrated.

If you normally consume a lot of caffeine, it may be easier to limit that instead of trying to chug a bunch of extra water.

If you add a lot of sugar to your coffee or consume a lot of sweetened caffeinated beverages it may also increase this feeling of fatigue as a result of a sugar crash.

This also increases your risk for obesity which can result in low energy levels as well.

Another ugly side effect of too much caffeine is insomnia or the inability to sleep.

High amounts can impair your ability to fall asleep, stay asleep or get a restful night’s sleep.

This is especially common for those of us who enjoy a cup of brew shortly before bedtime.

Limiting these beverages to earlier in the day can help most people to counteract this side effect.

One of the most common effects of caffeine consumption is the jitters or feelings of restlessness.

This is due to the high amounts of adrenaline coursing through your veins.

This can also cause sweating, rapid heart rate, and general discomfort.

Because caffeine is a stimulant, it works to get your heart rate up.

This can result in a short burst of high blood pressure related to the release of our “fight or flight” hormone Adrenaline as a stress response.

Too much of this can trigger side effects such as jitteriness, anxiety, and irritability.

Because caffeine is metabolized by the same enzyme as common over-the-counter or prescription medications, interactions can occur.

Serotonin reuptake inhibitors, antiarrhythmics, antipsychotics, and bronchodilators are some of the common medication interactions with caffeine known (Carrillo, Benitez, 2000).

If you drink a lot of these beverages and take a lot of medications, be sure to speak with your health care provider to ensure no interactions are known.

A somewhat lesser-known side effect of coffee is its impact on our digestive system.

This can lead to upset stomach, diarrhea, and even incontinence if consumed in high amounts.

This may also aggravate present digestive conditions such as irritable bowel syndrome (IBS).

Regular coffee drinkers should be wary of these symptoms as they can result in unintentional weight loss, dehydration, and risk for other medical conditions.

Large amounts of caffeine have also been shown to result in acid reflux symptoms or heartburn in some people (Boekema, P J et al., 1999).

Bathroom woes are no fun to deal with.

Unfortunately, this is another possible side effect of too much caffeine.

Studies have shown a relationship between the stimulating effect of caffeine and our bladder to result in urinary frequency and incontinence (Jura, Ying H et al., 2011).

This is partly due to its stimulating effect and its diuretic properties as mentioned earlier.

If you currently struggle with incontinence or bladder conditions, you may consider limiting your coffee intake to prevent worsening of symptoms.

Just as high caffeine levels can increase adrenaline, too much caffeine can also increase your levels of serotonin.

This is known as the “feel good” chemical produced by your brain.

As your body gets used to this, you will develop a dependency.

This can lead to unpleasant symptoms if you don’t continue to consume the same amount of caffeine daily, including dysphoria.

This is a state of dealing depressed or down.

No amount of coffee is worth that.

Those with cardiovascular disease a.k.a. heart disease are often urged to avoid highly caffeinated beverages.

This is due to the health risks for heart attack.

It is also urged to avoid if you have, or have a genetic predisposition for glaucoma.

This is because caffeine can increase your risk for development due to its effects on eye pressure (Avisar, Rahamim et al., 2002).

Some studies have shown a risk for elderly women consuming a lot of coffee to be more at risk for osteoporosis (Cooper, C et al., 1992).

Pregnant women are also urged to limit their consumption due to concerns about birth defects.

Those who are pregnant are recommended to consume no more than 200 milligrams a day.

That’s about a 16-ounce cup of coffee.

Consuming moderate amounts of caffeine is not a bad thing.

In fact, there are many health benefits associated with regular coffee and tea consumption.

A comprehensive review of caffeine intake and its impact on our hearts shows that moderate intake is actually associated with a lower risk of cardiovascular disease across the board.

Those who are more sensitive to high doses of caffeine may experience withdrawal symptoms.

This can include headache, fatigue, and irritability.

If you are experiencing these symptoms and are unsure if they are related to caffeine intake it’s a good idea to talk with your health care provider.

If you are ready to cut down on coffee get prepared first.

To avoid those ugly side effects, you may consider weaning down on your caffeine intake before cutting it out cold turkey or switching to decaf coffee.

Although decaffeinated coffee may not have the same appeal, it may be worth it.

It might also be a good idea to supplement with low-dose pain medications such as Tylenol or Advil to avoid potential headaches from caffeine withdrawal.

The good news is the withdrawal symptoms should only last a few days. 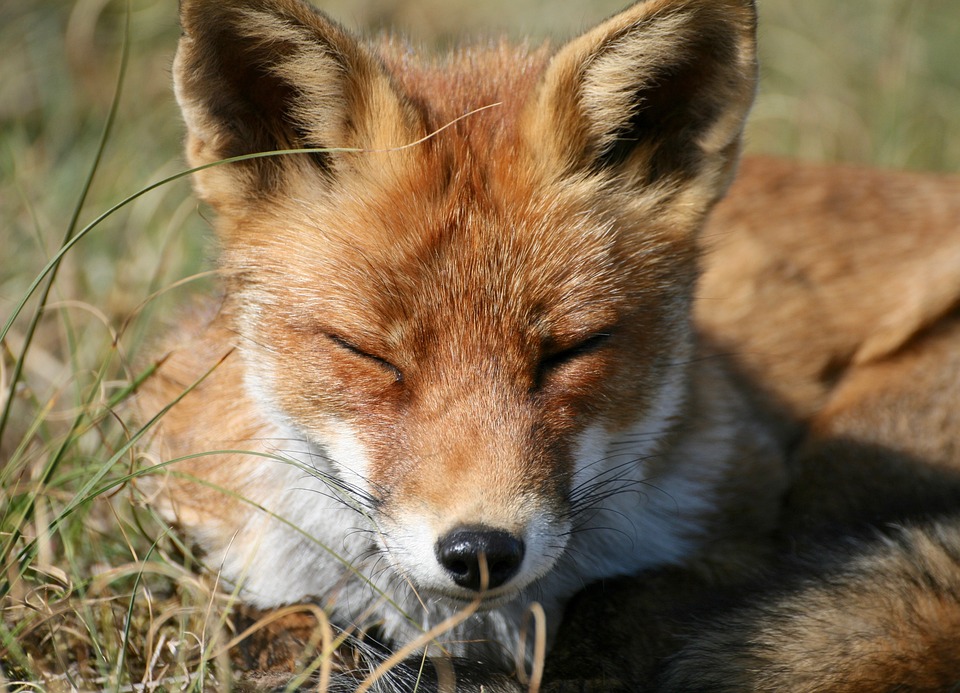 How To Control Ticks, According to Entomologists