For years there has been some debate about whether or not there is such a thing as male menopause. The terminology menopause was designed to describe the changes that happen, hormonally, metabolically and emotionally, in a woman’s body when she is no longer fertile. During this period in her life, hormones fluctuate and cause significant changes in the way that she is able to cope with stress, her menstrual periods, her emotions and her basal metabolic rate.

However, men do undergo physical and emotional changes during their midlife, just as women do. However, there is not a definable moment, such as a menstrual period. Men find that as they age fertility decreases as does the level of testosterone after the age of 40. In terms of sexuality, the greatest change occurs between the ages of 45 and 60. They find there is a decline in desire and the ability to get and maintain erections.

Health issues can play a part, as will stress, lifestyle choices, the types of food eaten and the amount of exercise received. During midlife men may make decisions which seem to have less than stellar consequences. They eat poorly, fail to get enough sleep and exercise only sporadically. For all of these reasons weight gain appears to be just as common in middle-aged men as it is in middle-aged women.

Men appear to have more weight gain in their mid-50s to early 60s whereas women appeared to gain weight from their 50s all the way through their late 60s. The American Geriatrics Society has noted that individuals living in the lower tax brackets do not display this pattern of weight change which may not be a result of aging as much as changes in eating or activity levels.

According to Tufts University both men and women gradually lose muscle mass at an average of one-half a pound a year and gain that much back in body fat. This loss in muscle mass is even more pronounced in men than it is in women but it is also a result of a loss in strength that may lead to becoming less active.

At this point, the question becomes which came first, the chicken or the egg? In other words, was it the loss of muscle mass that caused a person to become less active or was it the loss of activity that didn’t stop the loss of muscle mass? At this point, researchers do know that to keep excess weight at bay it is important for middle-aged men to maintain a healthy diet and get plenty of exercise that includes strength training in order to increase lean body mass.

Men are also cautioned not to slash their calories or manipulate an appropriately balanced diet of protein and carbohydrates in order to shed pounds. Cutting calories drastically often means that your body metabolism slows and you lose weight less efficiently, more slowly and gain back even more when you stop dieting.

Instead, the solution is to make sure that your diet contains only very small amounts of any saturated fats and is high in raw fruits and vegetables, whole grains and lean protein. It is also not too late to start a strength training routine. Remember that the body requires 48 hours between each workout in order to recover fully and build muscle mass. This means that you should allow at least 48 hours between weight training, which equates to workouts two to three times a week.

During this midlife process men also notice an increase in the amount of fatigue, depression, stiffness in the joints and muscles, night sweats, dry skin and hair loss. Combining all of these symptoms with weight gain and a loss of sex drive it is no wonder that some men who were emotional eaters to begin with turn to food in order to soothe themselves.

With the knowledge that they are not alone most men are able to get through this process with the help and the support of a good friend or relative. Do not discount how much help others can be at this time in your life. 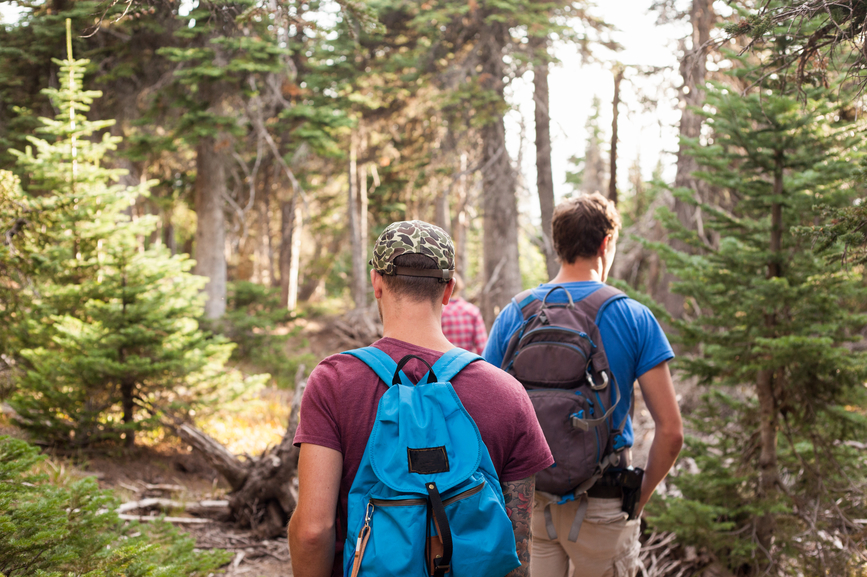 How To Control Ticks, According to Entomologists

How Caring Less Reduces Your Stress and Improves Health