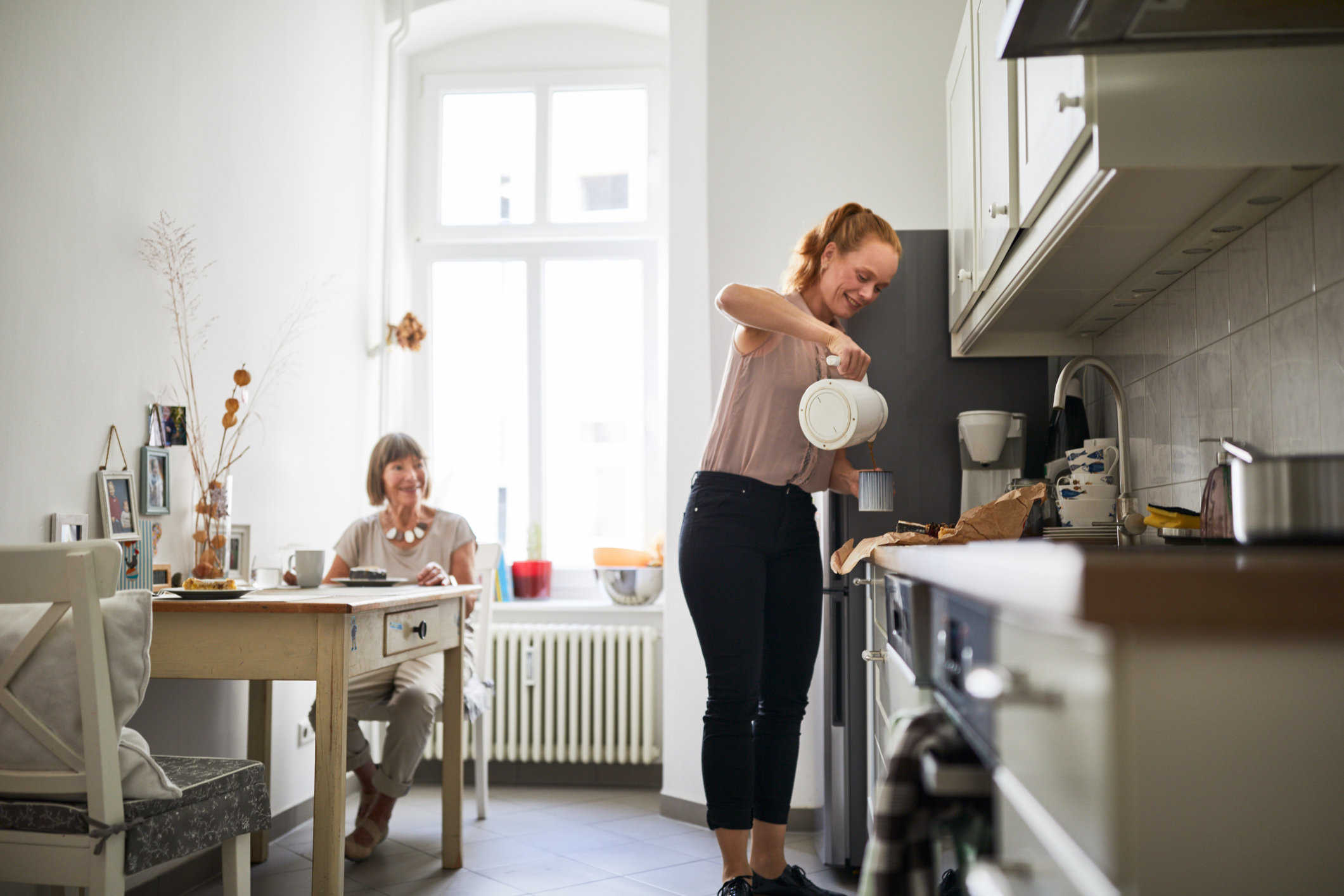 Anti Aging
June 30, 2021 Dave 0 Comments Coffee, Green tea, Longevity, Old age, Wine
Currently, the oldest living person on the planet is 118 years-old, but new research suggests humans could theoretically live for up to 150 years. If you’re into that idea, you’ll want to be taking notes from longevity experts on how to increase both your life and health span (e.g. the amount of your life you spend feeling spry and healthy). Fortunately, most of their recommendations tend to be easy to follow—and their findings on longevity beverages are no exception.

Dan Buettner, an author and researcher who studies the world’s longevity hotspots (aka Blue Zones, which include Ikaria, Greece; Loma Linda, California; Sardinia, Italy; Okinawa, Japan; and Nicoya, Costa Rica), recently posted a list of said drinks to his Instagram, and it’s surprisingly attractive. Sure, you won’t find soda (or even prebiotic soda) on it, but what you will find are some damn tasty beverages: coffee; green tea; black tea; water; and (wait for it!) wine.

“This is what people in Blue Zones, who statistically live the longest lives without chronic disease, drink,” Buettner explains. “So it’s a correlation. I can’t draw a causal relationship but I can tell you that in these Blue Zones, this is what people drink and they drink it on a daily basis for decades or even a century.”

Separate scientific research backs up the longevity-enhancing benefits of these beverages, too. Keep reading to find out why you are (as old as) what you drink.

In the Blue Zone of Okinawa, Buettner says that people will fill up a 20-ounce jar of tea leaves and sip on it all day long, and he provides two separate reasons for why this may help them reach centenarian status at higher rates than the general population. “First of all, caffeine has come out as a net positive, and it’s associated with lower rates of of Diabetes and Parkinson’s, lower rates of heart disease, and sharper focus,” he says. Just don’t drink it in the afternoon (especially if you’re sensitive to caffeine) or it’ll interfere with your sleep, he cautions.

The other reason green tea makes for a compelling longevity beverage is that it’s packed with antioxidants, says Buettner. And registered dietitian Neva Cochran, RD agrees. She explains that green tea is high in a type of antioxidant known as flavanols, which have been linked to a reduction in bad cholesterol. And studies have shown a link between green tea consumption and better cardiovascular health overall.

Green tea is also rich in a type of antioxidant known as catechins, which protect the body from free radicals. These, along with green tea’s caffeine content and the amino acid l-theanine, which is also found in green tea, help to protect the brain. A review of 21 different studies found compelling evidence linking green tea consumption with better attention and memory. That aforementioned l-theanine could also be responsible for links between green tea consumption and improved mood.

If you’re not yet convinced to pick up a green tea habit, know that it’s also been linked to significantly lowered fasting blood sugar levels, which means it could be protective against the development of type 2 diabetes. Green tea is also surprisingly great for your bones. “Tea polyphenols enhance bone formation and inhibit bone breakdown resulting in greater bone strength,” says Cochran.

This multitasking health beverage is even potentially protective against certain types of cancer—green tea’s EGCGs (a type of beneficial catechin) have been shown to inhibit tumor growth.

Black tea carries many of the same benefits as green tea. It, too, contains caffeine, antioxidant polyphenols, L-theanine, and flavanols. As a result, it’s likewise protective against the development of several chronic diseases including type 2 diabetes, cancer, stroke, and cardiovascular disease. And it’s actually even better for the gut/digestion than green tea.

Coffee similarly contains caffeine and is chock-full of beneficial antioxidants. In fact, says Buettner, it’s the primary source of antioxidants in the American diet, though he admits that is mostly due to the prevalence of coffee more than anything else.

Coffee is also rich in essential nutrients, including vitamin B5 (for making red blood cells), manganese (for bone development and metabolism), potassium (for lower blood pressure), magnesium (for energy production and sleep), and niacin, which helps convert vitamins into useable energy. Overall, its consumption is linked to improved risk for type 2 diabetes, depression, neurodegenerative diseases, cancer, and liver disease.

Buettner further notes that in the Blue Zone of Ikaria, they grind their coffee really fine and then boil it, like Turkish coffee, and he says there’s another type of antioxidant released by this process. “So there may be an added benefit to drinking the coffee like that,” he says. Buettner adds that coffee is the wake up beverage of choice in the Blue Zone of Sardinia, but in Costa Rica, people tend to drink greater quantities of weaker coffee all day. “It’s consumed almost like any other beverage and not so much like a pick-me-up,” he says.

It should go without saying that water is good for you. Obviously, the body requires it and can only survive without it for about three days. But it’s also incredibly healthful when compared to most beverages found on store shelves these days in that it doesn’t contain sugar, chemicals, or additives.

In all Blue Zones, says Buettner, people drink water with their meals. “It’s not a big gallon of milk like we used to have when we were kids or some power drink or kombucha or any of these concoctions that are relentlessly marketed,” he says.

Buettner theorizes that the water in Blue Zones may be more healthful than the water in other places, too. “If you ask a centenarian what explains the longevity of the area, they’ll say good food, clean air, and fresh water,” he says. “And it may indeed be that the water in the Blue Zones is cleaner.” (Having access to clean water is, of course, a serious wellness issue in many parts of the world.) In the Nicoya Peninsula or Costa Rica, Buettner explains that the water that bubbles out of the Earth is also very high in calcium and magnesium. “When you have high levels of calcium and sunshine, those two conspire to make your bones stronger so people have fewer fractures and fewer fatal falls,” he explains. “And magnesium is good for heart function. So that may contribute some small part to longevity in Nicoya.” This theory makes sense if you consider the proven health benefits of drinking bottled mineral water.

You might be surprised to find this one on the list, and Buettner readily admits that there’s controversy around couching alcohol as being beneficial to health in any way. “I’m well aware of the recent studies around alcohol showing that it increases the chance of breast cancer in women, or that it can cause falls, car crashes, and other fatal events,” he says. “But I can tell you that in all five Blue Zones, they drink a little bit every day and it adds to their quality of life,” he says. “If you drink a little bit of red wine with a plant-based meal, it will about quadruple the flavonoid or antioxidant absorption and lower cortisol levels at the end of the day.”

He further notes that there are actually studies linking it to a lower risk of mortality. “People who drink a little bit, up to two drinks a day, actually have a lower chance of dying than people who don’t drink at all,” says Buettner. This is likely due to the high antioxidant content of wine, which has been shown to be protective against cardiovascular disease, type 2 diabetes, and even some forms of cancer.

And Buettner notes that you can’t underestimate the bonding effects of moderate alcohol consumption. As a recent deep-dive in The Atlantic pointed out, alcohol’s ability to enable community may well be one of the reasons the human species hasn’t evolved away from it despite some of its detrimental effects (e.g. the hangover and long-term health issues it’s correlated with). Since strong social ties are one of the cornerstones of longevity, it makes sense than anything that enables them may help people live longer.

Still, this comes with a lot of caveats, as Buettner notes. Moderation is key—we should drink no more than one drink per day—and some studies have shown there is no safe level of alcohol consumption. So, the wine argument remains extremely nuanced and up for debate; however Buettner maintains that the Blue Zones offer a compelling argument for imbibing in moderation. “These people who are living the longest of anybody on Earth are enjoying a little bit of their favorite beverage alcoholic beverage every day,” he says.

10 Core Exercises You Should Do If You’re Over 60, According to Experts

5 Ways to Slow Down the Aging of Your Brain